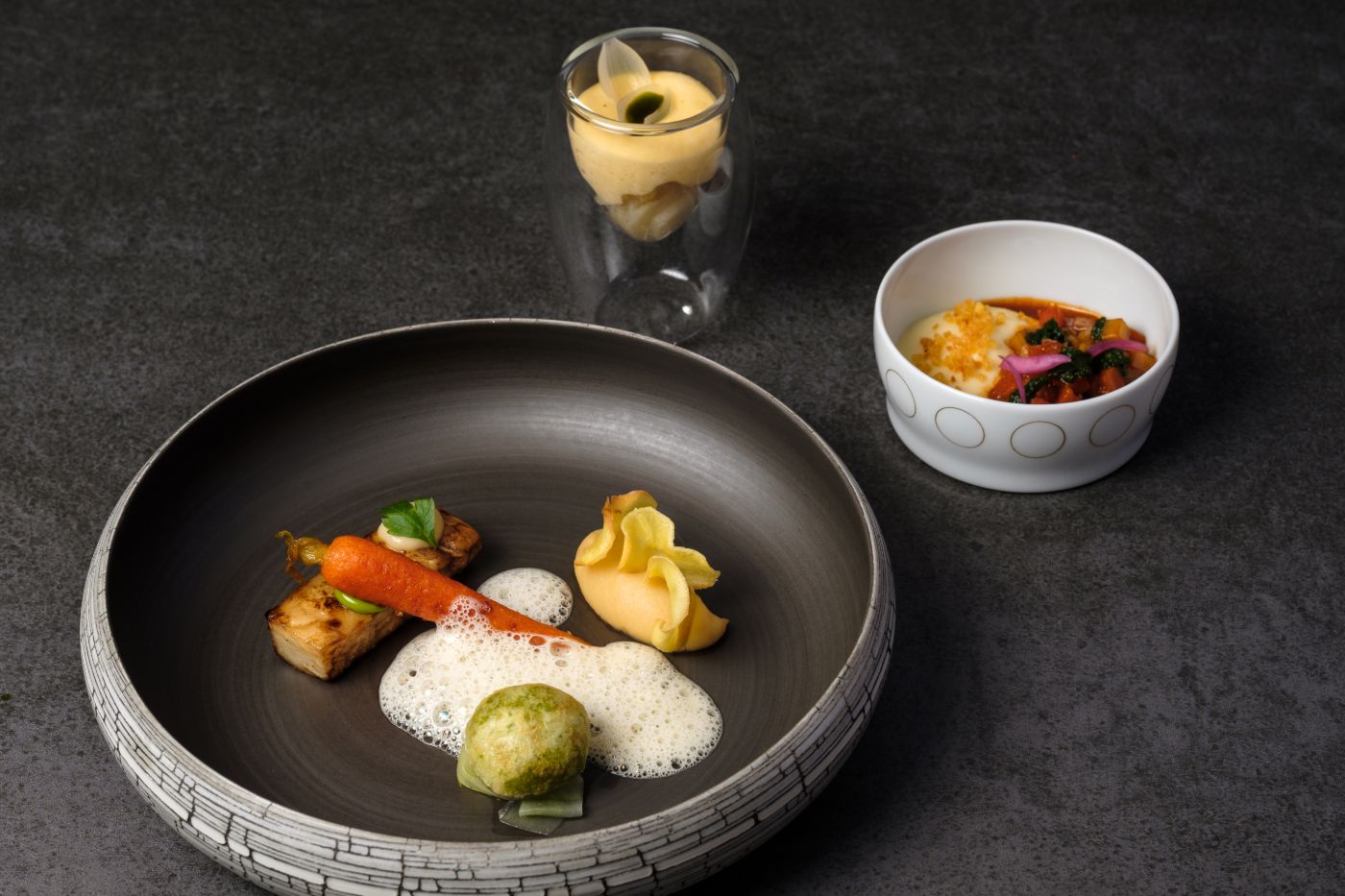 Just a few weeks after the grand opening in December 2019, the first awards for the head chef and his team followed.
On March 3rd, 2020 Manuel Ulrich and the ÖSCH NOIR were rewarded with one of the coveted Michelin stars.

In March 5th, 2021 the ÖSCH NOIR was rewarded with the second Michelin star!

You are here:
The career

After graduating from high school, Manuel Ulrich completed his culinary training at the Öschberghof. He not only came to learn the unique complexities of his trade, but discovered his love and passion for the Öschberghof as whole. After completing his training at the end of 2012, he went to Lech for a winter season at the “Burg Hotel Oberlech”. The Heidenhofen native then returned to his homeland for several years with the end goal or returning to the Öschberghof.
In 2016 he made his way to the “Restaurant Haerlin” in the Fairmont Four Seasons in Hamburg, of which he then completed his master chef with in August of 2017. He then moved on to work under Torsten Michel at the “Schwarzwaldstube” restaurant for 6 months before he ultimately returned to Donaueschingen.

Throughout the course of his career path, Manuel Ulrich gained priceless experience in renowned establishments and worked with world class chefs, but he continued to feel that he would eventually find his way back to his home at the Öschberghof.

“The Öschberghof has accompanied me throughout my life and together we have made our dream come true. The journey is not over yet, an exciting future awaits us! ” states Manuel Ulrich.